The native Android IPsec VPN client supports connections to the Cisco ASA firewall. This even works without the “AnyConnect for Mobile” license on the ASA. If only a basic remote access VPN connection is needed, this fits perfectly. It uses the classical IPsec protocol instead of the newer SSL version. However, the VPN tunnel works anyway.

In this short post I am showing the configuration steps on the ASA and on the Android phone in order to establish a remote access VPN tunnel.

The configuration steps on the ASA are mostly the same as for a classical VPN-Client connection profile:

Or the appropriate CLI commands:

This is how the VPN connection must be configured:

After a connection establishment, the VPN session details on the ASA show details: 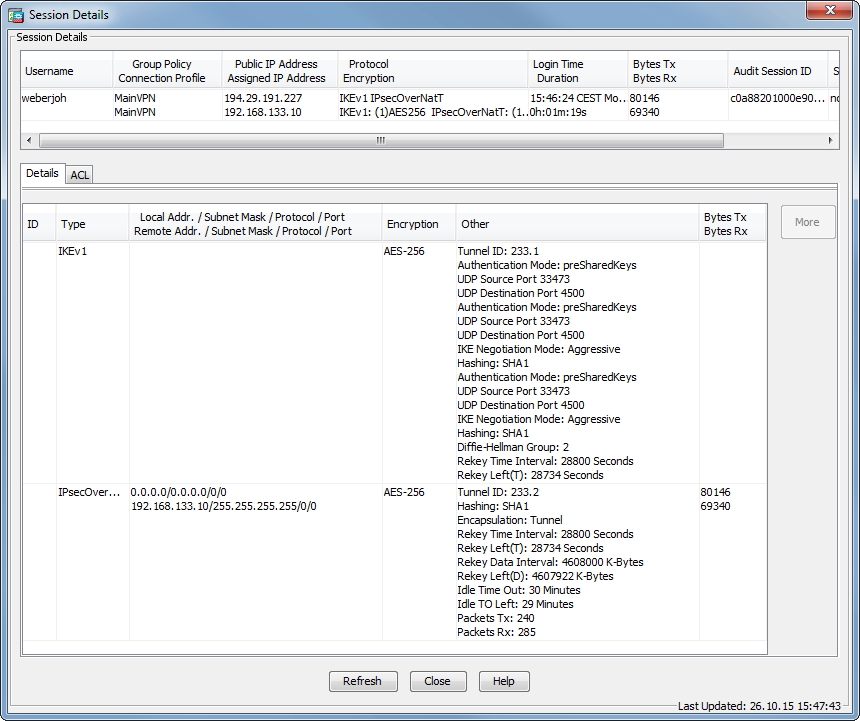 And, of course, via the CLI:

Featured image “Androids” by etnyk is licensed under CC BY-NC-ND 2.0.