In common situations, you have only one ISP connection on which you want to set up a destination NAT (DNAT) for incoming connections. No problem there. You can select the untrust interface in the virtual IP object. If you have two ISP connections, e.g., a good one (ISP1) and a cheap one (ISP2), you MUST select the interface in the virtual IP object if it references a static IP address of ISP1. Otherwise it will be used on all outgoing connections which won’t work with ISP2. 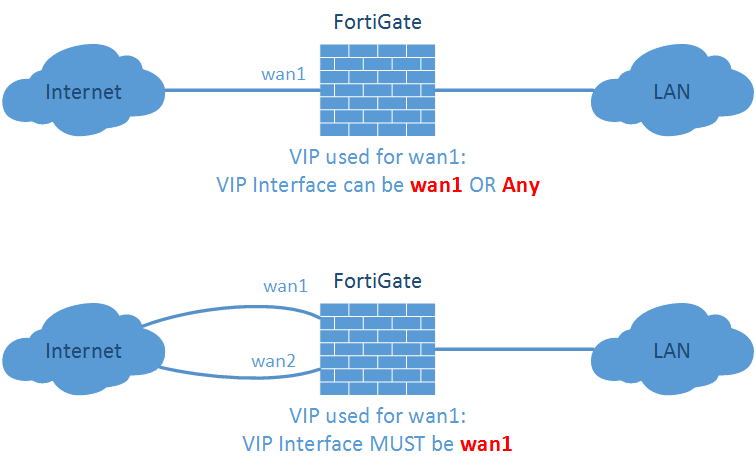 However, one problem remains unsolved: If you have more than one interface on which the virtual IP must be used (e.g., for ISP1 and for a site-to-site VPN connection that also talks to the NATed IP), while some connections are policy routed to ISP2.

In this situation, you MUST set the interface inside the virtual IP to “Any”, which will not work with ISP2. One idea might be to to configure several virtual IPs with the same external/mapped IPs with different interfaces, but this is not possible to configuration restrictions. :( In this case, some more security policy entries with IP pools can be used to solve the problem.

(By the way: A problem we won’t have with IPv6 anymore.)

1 thought on “FortiGate Virtual IPs with Interface “Any””