What failover times do you expect from a network security device that claims to have high availability? 1 ms? Or at least <1 second? Not so for a fully featured Infoblox HA cluster which takes about 1-2 minutes, depending on its configuration. Yep. “Works as designed”. Ouch. Some details:

Our Setup and Tests

We are using an Infoblox Trinzic 1425 HA cluster at the customer’s site. Beside the NIOS, Grid, and DNSone DNS + DHCP licenses we are using Threat Analytics as well as ActiveTrust RPZ feeds. [Refer to my Infoblox Features & Licenses Naming Clarity post.] After everything was up and running we made a couple of HA failover tests, either via Control -> Force HA Failover as well as via power outage on the active member, and were totally shocked by the failover times of about 1 minute!!!

Even Cricket Liu himself was irritated:

Hmm. Sounds like BIND doesn't start responding again until it's successfully loaded the RPZs (which makes a certain amount of sense, since you'd want your complete resolution policy in place before you started resolving again). But that does sound like a long time.

How could this happen? It turned out that the mere VRRP needs about 3-5 seconds which is kind of expected (though not optimal compared to common firewall failover times from < 1 second). The problem was our intended usage of RPZs with about 9.6 million entries. (The official limit for the Trinzic 1425 hardware is “17,500,000 records at a 50% of max supported DNS rate”, refer to the Infoblox Cloud Services Portal.) It turned out that the RPZs load their content *after* the passive device gets active (and not *before*), while for security reasons the overall DNS service starts responding only after the RPZs are loaded completely. Hence the question: Why isn’t Infoblox loading the RPZs entries *before* an HA event? Wo don’t know.

We always tested with the dnsping tool out of the DNSDiag suite. This tool sends a DNS query per second – nice! Additionally we pinged our VIP to look for the VRRP produced timeout. Everything wrapped up in a screen session split into multiple frames. This is what a failover without any RPZ entries looked like: Total timeout of about 10 seconds – for the ICMP echo-request (at the bottom right) as well as for DNS (5x timeout lines due to 2 s wait for a reply): 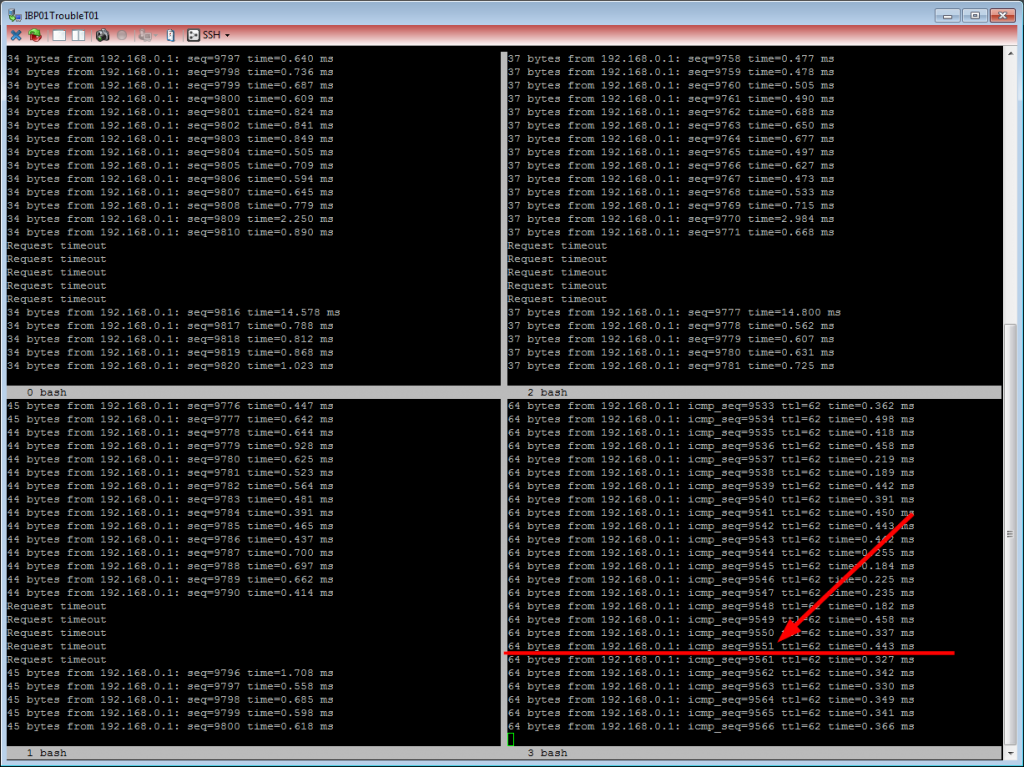 Now this is what it looked like with about 10 million RPZ entries: While the ICMP echo-request (right-hand side) lost 6 pings, the dnsping did not return until more than 1 minute: 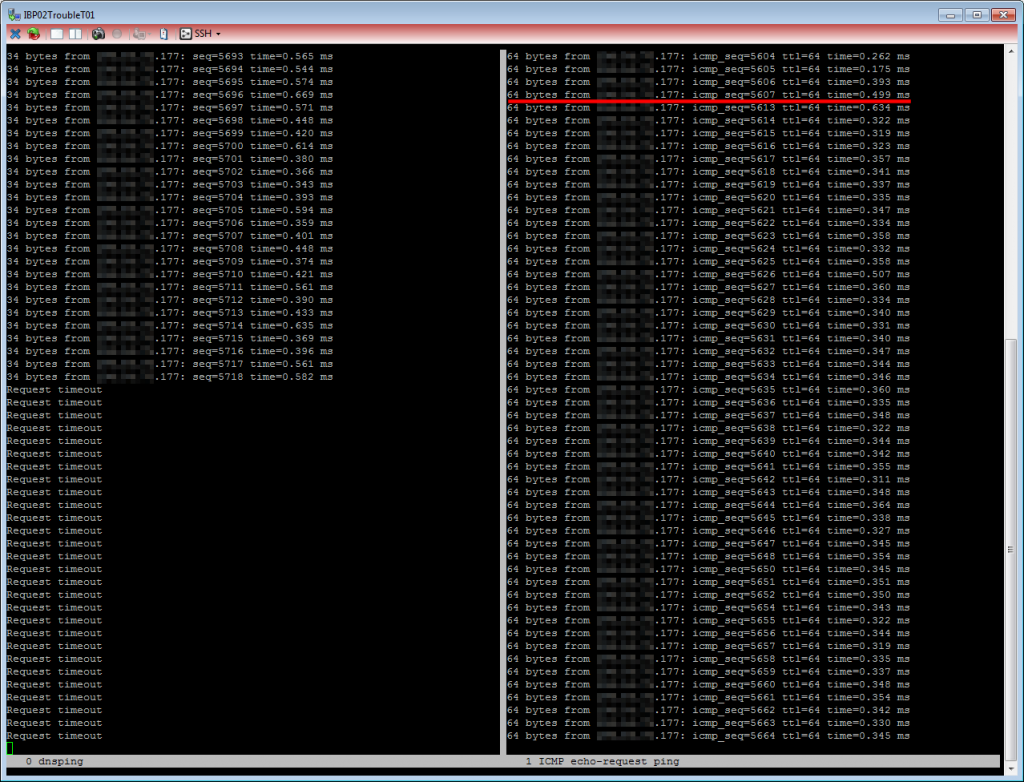 We tested five different RPZ sizes. The failover times were quite linear with a max at 1:46 minutes for 17 million entries:

We also tested different versions of NIOS. (Took us hours and hours to down- ‘n upgrade the whole Grid in several directions.)

The failover time was almost exactly the same on all tested version. ;(

In general I really like the Infoblox DDI appliances. Everything works quite good, it is well designed and feature complete. However, this de facto not reliable HA is a hard one. :( No single sentence about this in any documentation, online resources, official trainings… Gaining trust looks different.

If you’re using Infoblox HA clusters and feeling safe about their failover times: test now! Consider changing your setup into anycast members. The Infoblox HA is meant for hardware redundancy (not service redundancy!) and useful for anycast members, primary DNS servers, and the Grid master, but not for your high availability recursive DNS server.

Finally I want to say that I have made some really good experiences with Infoblox as well. Such as this one:

Wow, I just got a personal mail from an @Infoblox SE that they have fixed this issue I posted on Twitter last year. (NIOS 8.3.3) This is awesome. Way better than other security companies that do not care about my feature requests at all. Thanks @cricketondns et al.! https://t.co/ICkWGRLvwJ

Hence I am looking forward to their solutions concerning this HA behaviour.