A common mistake when analyzing network speed/bandwidth between different applications and servers is to fully rely on the mere size of the files being transferred. In fact, one big file will transfer much faster than thousands of small files that have the same accumulated size. This depends on the overhead of reading/writing these files, building TCP/IP sessions, scanning them for viruses, etc. Furthermore, it is application dependent.

I built a small lab with an FTP server, switch, firewall, and an FTP client in which I played a bit with different file sizes. In this blog post I am showing the measured transfer times and some Wireshark graphs.

This simple lab consists of the following components:

I tested the following scenarios:

That is, in every case, I transferred 100 MBytes but with 1 vs. 100 files in summary. Here are some screenshots of the file properties as well as the FortiGate settings and CPU usage during the tests:

These are the measured transfer times:

And, more interesting, the corresponding IO graph from Wireshark which shows the transfer of both tests. The first block is the big file while the second block shows the large variance caused by the many small files: 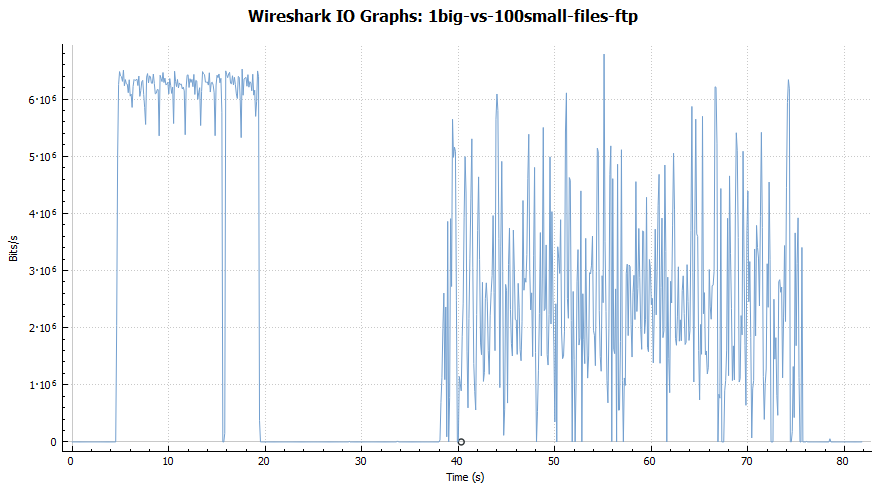 The Wireshark Conversations list shows the TCP connections for both tests which reveal that the total amount of bytes for the first test was 109 M (yellow) while every small file took about 1130 k (green): 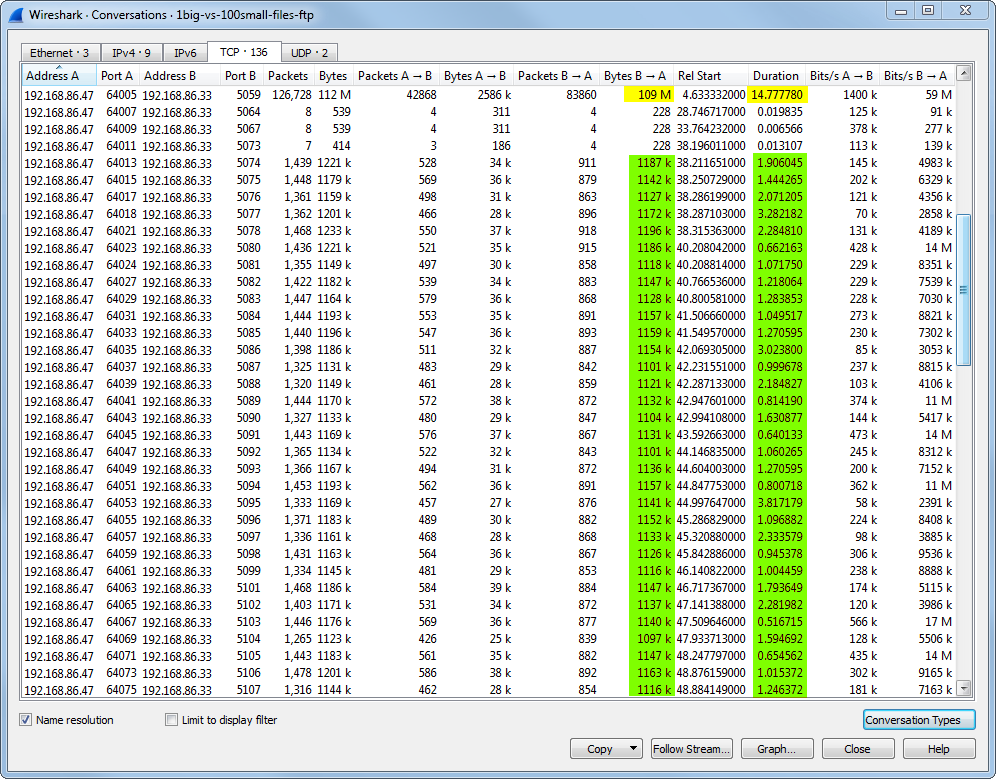 Finally, the Time Sequence (tcptrace) for the first 100 M file shows an almost perfect rise (with one exception, first three images) while three sample graphs of some small files show the variance of the transfers:

It depends! It depends on many factors whether a file transfer over the “fast layer 2 / layer 3 infrastructure” is in fact fast or not. If FTP is used for many backup jobs, a few firewalls are in between, and the streams are in parallel with many small files, the network throughput might decrease dramatically.