As we have just set up a TLS capable syslog server, let’s configure a Palo Alto Networks firewall to send syslog messages via an encrypted channel. While it was quite straightforward to configure I ran into a couple of (unresolved) problems as I added and deleted some syslog servers and their certificates. Uhm.

Basically, you just have to set the transport of a syslog server to “SSL”. (For whatever reason it’s still named SSL. It should read TLS since a couple of years.) I am using the “IETF” format nowadays. This seems to be the more modern standard, refer to RFC 5424 Appendix A.1. Though I don’t see any obvious differences between the BSD and the IETF type. 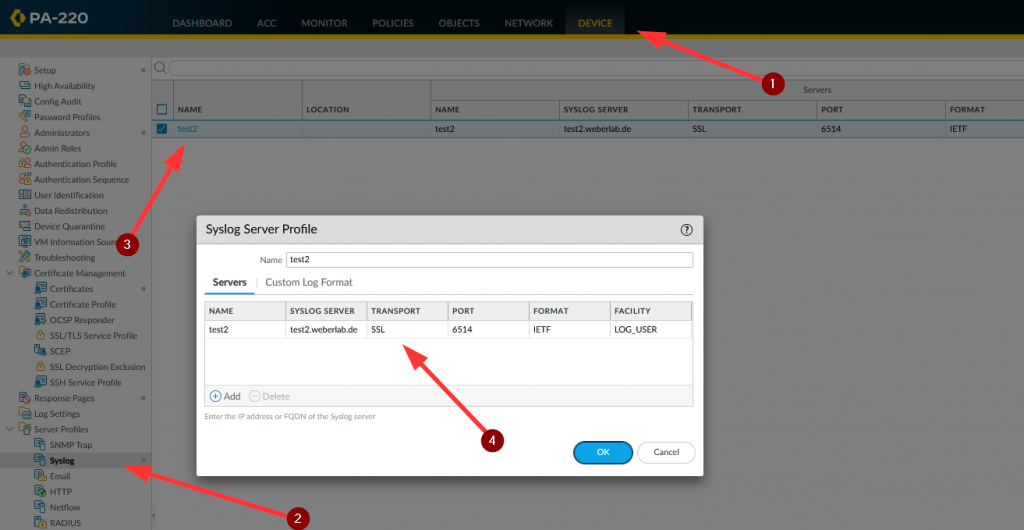 If you’re doing an immediate commit you will see these system logs:

–> This is because I am using a self-signed x.509 certificate on my syslog-ng server which is not trusted indeed. Good so far!

The same errors are appearing at the /var/log/syslog log file on the syslog-ng server itself:

You have to import the certificate of the syslog-ng server into the Palo as well: 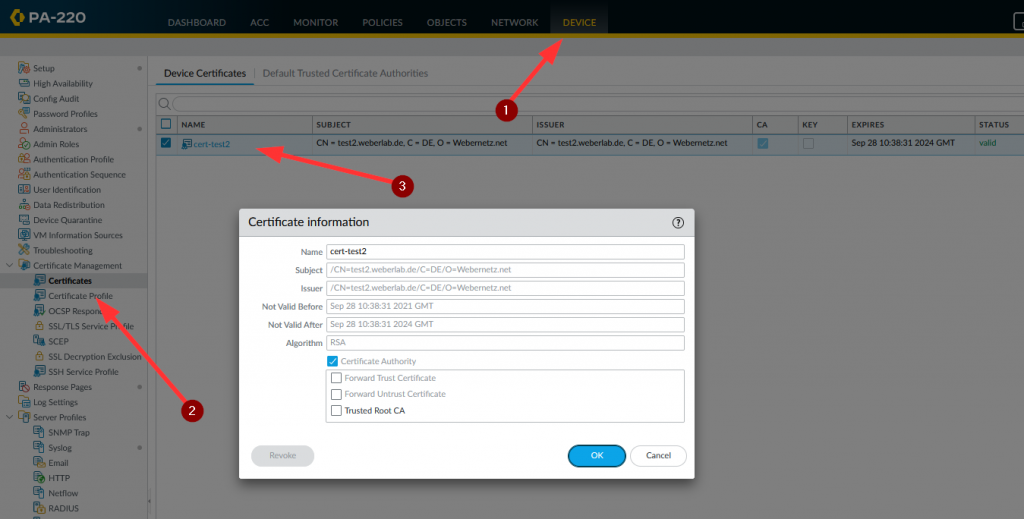 Note that for some reason the Palo does NOT use IPv6 for this outgoing syslog connection, though my FQDN had an AAAA record at the time of writing and the syslog server itself was accessible.

This is what the legacy IP TLS connection looks like with Wireshark:

Since I wanted to use IPv6, I configured the IPv6 address of the syslog-ng server manually: 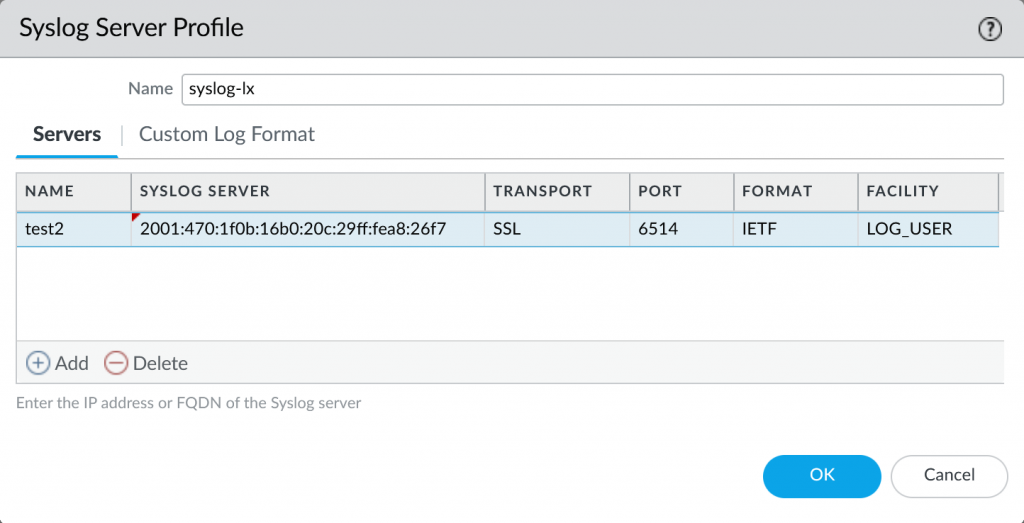 The TCP handshake to the syslog server worked, but no TLS connection was established. I got the same errors in the system log:

And this is it in Wireshark: 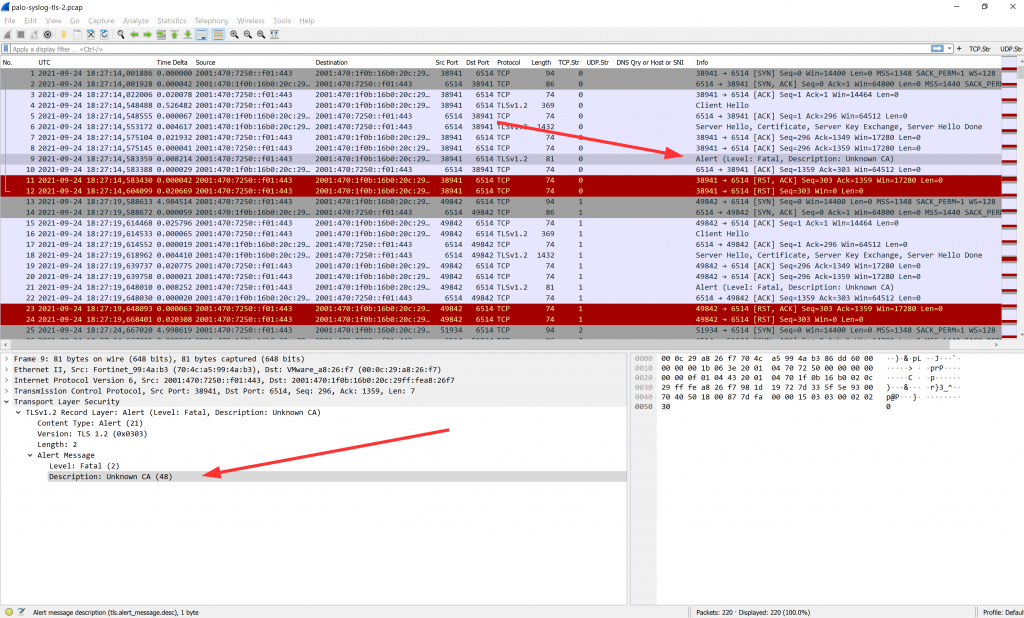 After trying that I decided to go back to the FQDN of my syslog-ng server to let the Palo use it with legacy IP. However, I was not able to get it working again at all! I tried the following:

Hence I suppose some kind of bugs here. :(

For every new logging device you MUST verify that log messages arrive at the destined syslog server correctly.

Photo by Claudio Testa on Unsplash.