I already puslished a blog post concerning policy-based routing on a Juniper firewall within the same virtual router (VR). For some reasons, I was not able to configure PBR correctly when using multiple VRs. Now it works. ;) So, here are the required steps:

(This document from Juniper explains it all. I just made a few screenshots.) 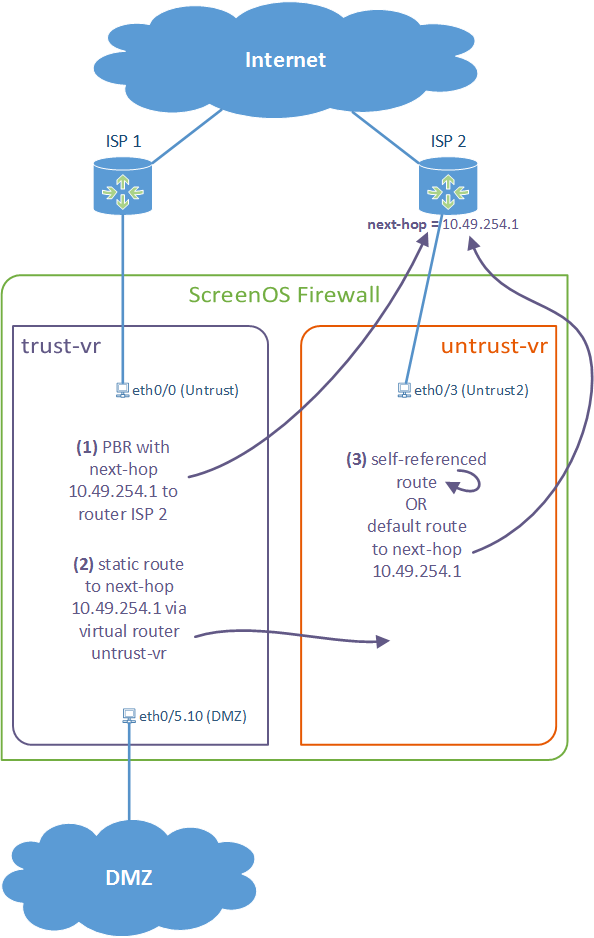 The steps are quite similar to the PBR guide without multiple VRs. However, the “action group” must be set WITHOUT a “next-interface”. This CANNOT be done through the WebGUI, because it ALWAYS sets the “next-interface”, even if the checkmark is not checked! You MUST use the CLI such as this:

Here we go. Refer to the descriptions under the screenshots for more details:

The complete CLI commands (without policies/NAT) are the following:

Featured image “sunshine” by mabi.photography is licensed under CC BY-ND 2.0.