I discovered a few interesting peaks on the WLAN card of my Raspberry Pi on the “received” values. (I am using my MRTG/Routers2 installation for querying the network statistics via SNMP.) Since the use case for my Pi is only the temperature sensor which is queried over SNMP, too, I found the following network graph a bit confusing since the “incoming traffic” should be on the same level all the time: 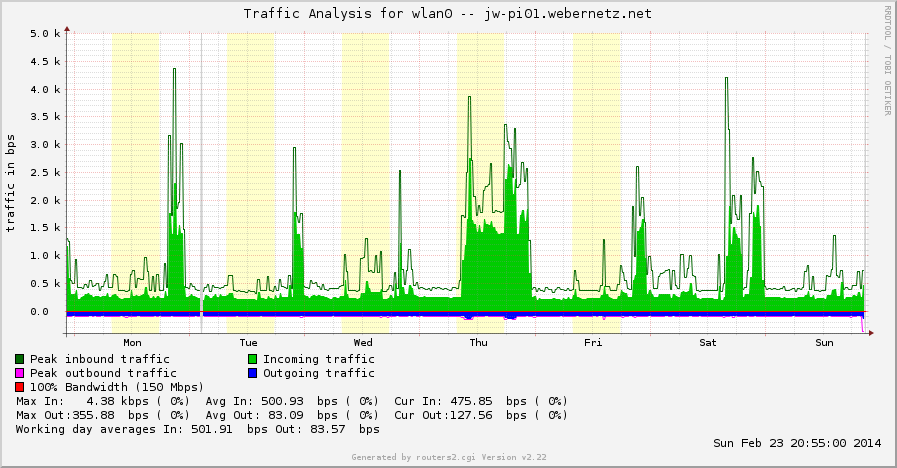 The peak values (which are not only peaks but ongoing for several hours) were quite weird for me. However, the answer is simple: I am not using the built-in ethernet (LAN) card but an additional USB WLAN card. And since WLAN is a shared medium, the Pi receives much more traffic when several other WLAN clients are connected to the access point simultaneously. According to the graph, this was mainly in the afternoon, except on Thursday, on which I had home office. ;)

That is, it was interesting for me to see (and not only to know) that wireless LAN is in fact a shared medium. ;)