If you are following the daily IT news you have probably seen many articles claiming they have scanned the whole Internet for this or that. Indeed there are tools such as the ZMap Project “that enable researchers to perform large-scale studies of the hosts and services that compose the public Internet”.

This time I was not interested in scanning something, but in the question about “how many scans happen during one day on my home ISP connection?” Or in other words: What is the Internet background noise as seen by almost any customer? For this I sacrificed my Internet connection at home for 24 hours, while a factory-resetted router established a fresh Internet connection (IPv6 & IPv4) without any end devices behind it. No outgoing connections that could confuse or trigger any scans. That is: All incoming connections are really unsolicited and part of some third-party port scans, worm activities, or whatever. Using a network TAP device I captured these 24 hours and analyzed them with Wireshark.

In this blogpost I will present some stats about these incoming port scans. Furthermore I am publishing the pcap file so you can have a look at it by yourself.

TL;DR
: In 24 hours, 1018 unique IPv4 addresses scanned 1167 different ports. Peaks are Telnet, SQL, and SSH. Few organizations, such as Shodan, are scanning in a structured way. Ping is only used by universities but not by port scanners at all. No single IPv6 scan.

Of course my lab scenario does not comply with a real study about Internet activity. For this you need a much longer duration with more ISP connections spread over the world. My test was just a small slice. However, at least it gives some basic knowledge about such Internet activities.

My setup was the following: An AVM FRITZ!Box 7270v3 with FRITZ!OS 06.06 behind a Deutsche Telekom Fiber connection with 50/10 Mbps. I captured with the ProfiShark 1G which was connected to my PC via USB 3.0. I placed the TAP between the fiber modem and the router, hence everything is encapsulated in VLAN 7 and PPP before the actual IP header. (Refer to my (german) blogpost about the dial-up of those dual-stack connections.) 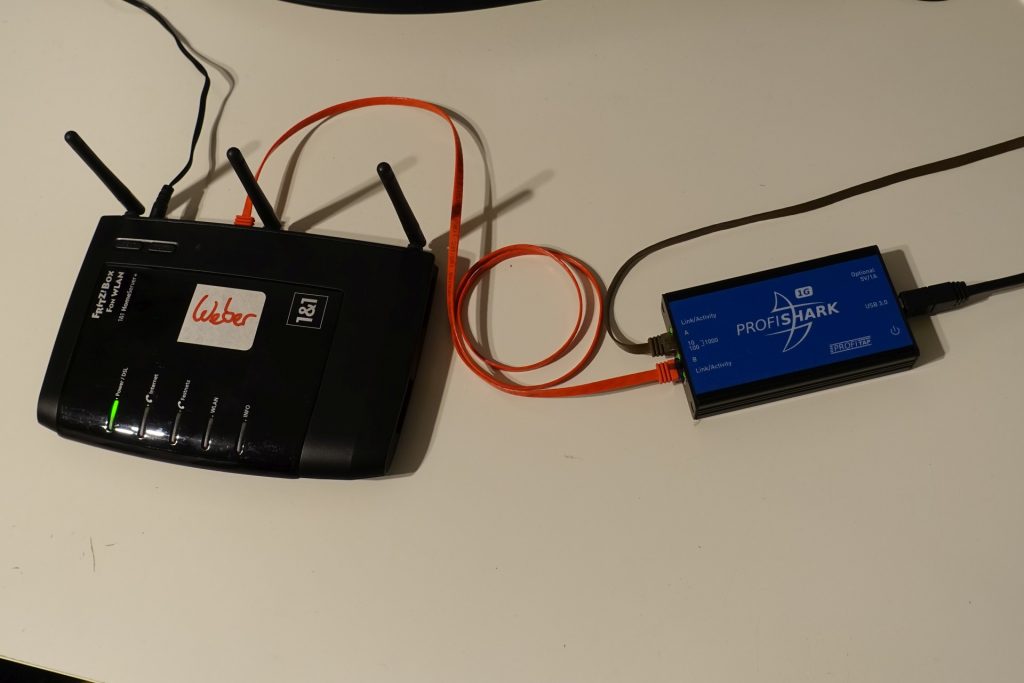 I cleaned the original pcapng file a bit to get rid of the following unnecessary packets:

After that the total packet count decreased from 29056 to 5140. Furthermore, the Fritzbox sends an “ICMP destination unreachable (communication administratively filtered)” after every single TCP/UDP connection attempt. I removed them as well which gives a total amount of 2607 packets. The following two screenshots give an impression about the port scans with and without the ICMP messages:

Some stats out of the captured file:

So, what is the bandwidth that is used by those port scans at all? Having a look at the packets per minute (not per second!) reveals an almost uncritical value of about 2 incoming packets per minute. The interesting part is the equal distribution about the complete 24 hours:

The “Expert Information” of Wireshark also reveal some interesting notes e.g. about “suspected retransmissions” or “SYN+ACK” in the first packet: 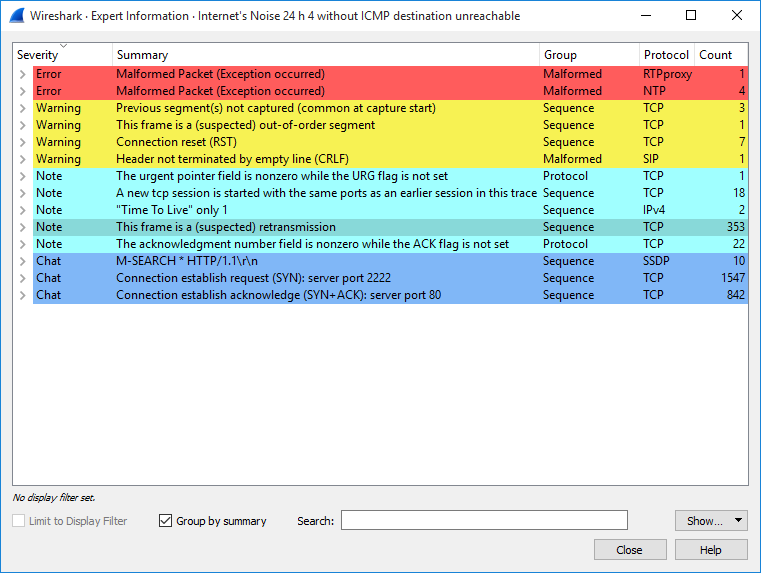 One thing I did not quite understand was the behavior of one single host that sent 833 packets to different high ports (> 45000), each with SYN,ACK and/or as TCP Retransmission. Is this part of a port scan or just a misconfigured device? AbuseIPDB lists this IP as “Search Engine Spider” from Google LLC. 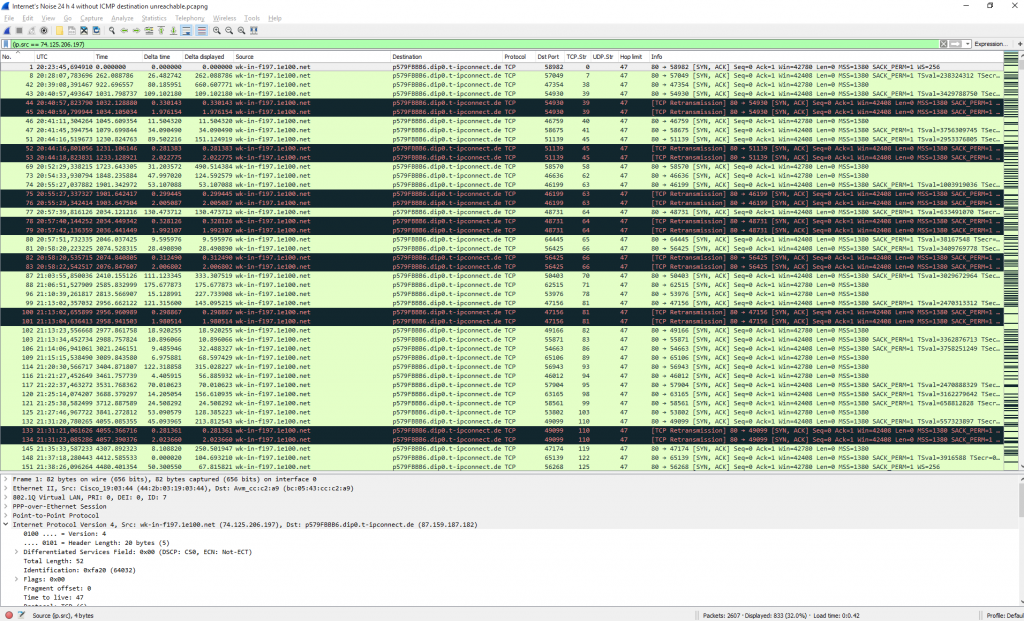 This is the pcapng file, packed as zip. To be precise, there are two pcaps in it: One with all ICMP unreachables and one without, filtered with:  !(icmp.code == 13). Have fun:

Some Notes and Conclusions

No real surprises here. You are scanned all the time. Without a firewall (or a stupid NAT box in case of IPv4) your end devices will get lots of port scans every day. Here are some conclusions though:

To my mind it’s quite interesting to look at this Internet’s noise for a while. And I did not even analyze everything but only the tip of the iceberg. If you have something more to say about my trace, please write a comment. Cheers! ;)